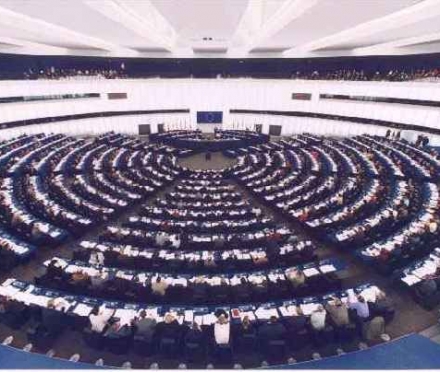 At a 17 April 2008 Public Hearing on Sustainability Criteria for Biofuels, representatives of organised civil society urged the European Union’s institutions and its Member States to exercise extreme caution when considering the role and use of biofuels.

The Hearing, organised by the Committee’s Sustainable Development Observatory, was addressed by a number of important actors in the current legislative process, including Ms Dorette Corbey, the European Parliament’s rapporteur on the proposed Road Transport Fuel Directive and Mr Miran Kresal, for the Slovenian Presidency (and currently chairing the Council’s ad hoc working party on sustainability criteria). The Hearing also heard from the European Commission (Ms Ariane de Dominicis, DG Environment) and the Chair of the European Environment and Sustainable Development Advisory Councils Energy Working Group, Mr Christian Hey, as well as a representative range of stakeholders.

Set by the European Council in March 2007, the ambitious target of 10% biofuels in vehicle fuel by 2020 was widely questioned. Derek Osborn, Chairman of the Sustainable Development Observatory, observed that: ‘Setting a mandatory 10% target clearly risks being counter-productive and leading to unsustainable biofuel production’. Mr Egardo Iozia, the EESC’s rapporteur on biofuels, argued that: ‘The Commission underestimated the complexity of the issue when the 10% target was proposed. Now we have to take the time to step back and make a thorough analysis of where we want to go, knowing that the choices we make will have repercussions for agriculture, our energy use, the environment and our societies as a whole.’

The main topic of the Hearing was the sustainability criteria linked to biofuels. Without such criteria there is a strong risk of biofuels exacerbating the environmental problems they are supposed to help overcome. The European Parliament’s rapporteur Dorette Corbey pointed out that: “Setting sustainability criteria is a reasonable response to the increased public concerns about biofuels. These criteria have to take into consideration CO2 efficiency, land-use change (including indirect change), biodiversity and social aspects.”

The implementation of the 10% target on biofuels, participants heard, will lead to strong competition for land use, in Europe and even more so in developing countries. On available arable land, not only crops for food and for fuel have to be grown, but also biomass for energy use, especially for co-generation and micro-generation. The use of biomass to burn in order to produce energy should be favoured before transforming biomass into biofuel, since this is more efficient. This position was supported not only by the petroleum industry but also by the European Network of National Sustainable Development Councils and the NGO Transport & Environment.

Closing the hearing, Mr Osborn argued strongly that the primary focus should be on climate targets, to use fuels and processes that reduce CO2 emissions so that the EU can keep to its international commitments to reduce greenhouse gases.