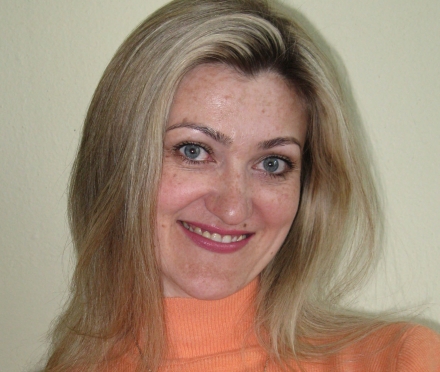 To the President of the European Economic and Social Committee
Mr. Dimitris Dimitriadis

From: Editor-in-Chief of the weekly “Hot Commentary”
Mrs. Giedre Goriene

Please, accept my most sincere gratitude for inviting me to the EESC plenary session on 28 May 2008. I highly appreciate Your efforts in creating a civil and democratic society in Europe, which is the basis of the Universal Human Rights Declaration.

It is of great relevance that EESC is celebrating its 50th anniversary. I sincerely extend my best congratulations for the democratic establishments in the EU and in new EU member states in particular for the reason of post-Communistic mutating syndrome. Let’s stop mutating Communism, which is still penetrating and spreading Europe wide: abuse, discrimination and double standards in judiciary, official corruption in courts and inadequate social welfare alongside with violation of National Constitution still persists and spreads as the metastases of the Cancer. So it is very important that the EU political bodies intervene and start keeping control over Human Rights and general violations in new EU countries – Lithuania.

It is regretful to admit that I am not able to attend EESC session for the reason that local (Vilnius) court, following the Belarusian practice how to deal with the “wrong writing media”, has released a ruling of my home arrest, charging me with the slander and offence of the high rank member of our parliament Alvydas Sadeckas, though the court session was appointed for late September and the local prosecutors have not found any slander or offence in the opinion published in my newspaper.

I am deeply convinced that the home arrest is a new form of persecution (what is strictly forbidden by the Constitution of Lithuania) for harsh critic as I have been severely criticizing Mr.Alvydas Sadeckas, the former Soviet militia (nowdays police) officer, for stopping democratic processes in Lithuania and strengthening Lithuania as the “police state”.

By trying to stop me MP Alvydas Sadeckas has decided to you use old and ” good” KGB methods by putting me under the horrible psychological pressure: during the last 5 years he has written dozens of complaints to the General Prosecution Office requesting to charge me for slander and offence, but the prosecutors haven’t found any slander or offence in my publications. So being unable to deal with me by prosecutors hands, MP Alvydas Sadeckas has appealed with the law suite to a Vilnius court by accusing me of slander and offence in a private criminal case.

The primary appointed judge rejected A.Sadeckas claim, as the Vilnius prosecution office has done before, so I was told, that A.Sadeckas would appeal with the law suites as many times, as he needs, untill they will find a judge, who will accept his law suite and sentence me for”¦ the opinion. Though, the Constitution of Lithuania declares the freedom of speech and opinion. So therefore this judge was removed.

Consequently the court appointed another judge A.CININAS, who made a political decision to paralyze my freedom of movement outside of Lithuania.

It is regretful to admit, that EU new member Lithuania is still practicing Soviet regime tactics to keep dissidents, non conformists and media under the “IRON CURTAIN” ” our government is scared, that this kind of a journalist like me can reveal something about Lithuania in Brussels that “they don’t need to know”.

So, I am locked up by home arrest and I have no chance to come to your Special plenary session to make a special photo report for my newspaper and notify local nationals about this extraordinary event.

In my journalistic job I have been disclosing facts of tortures in police during pretrial detention, corruption in judiciary and illegitimate psychiatric abuses like it had been practiced by KGB in the former USSR (that is very actual in nowadays Lithuania as well), also collaboration of politicians and organized crime groups, drug trafficking and other dirty business covered by immoral politicians. I am sure this is the reason why I am being repressed by Lithuanian corrupted politicians and politically dependent judges. However Constitution of Lithuania claims judges immunity, but it only seems a nice label.

Please find it possible to put the pressure onto local government to stop illegitimate actions against the freedom of speech in post-Communist EU new member ” Lithuania. Because if the EU bodies don’t stop our former “militia” politicians, the “police state” syndrome can spread like a metastases of Cancer Europe-wide and it can be a big threat to the Democracy in Europe in general. The democracy in Lithuania is ill and it needs an urgent operation.